No one likes change. And certainly, no one likes to awaken change. If you do, you’re probably not telling the truth about the motivations behind the change.

When someone or something awakens change, it can feel like a monster was lurking around the corner waiting for a vulnerable moment to pounce and evoke chaos.

It can feel like someone is sabotaging your efforts. Any time our habits, routines, and expectations get disturbed, we get a bit out of sync. And there just might be a reason why.

Habits allow our brain to relax. Our brains do not use the same calories or energy when we have a flow of events before us. Why are you grumpy when your morning routine is interrupted? There may be more to it than your coffee cup only being half full.

By putting together a cue, a routine, and a reward you cultivate a craving. Together, the cue, routine and reward create a loop that develops a habit. Disrupting those habits creates chaos in our brain, causing us to exert effort.

And that’s why no one likes to awaken change.

But, if you have a pulse, change happens. It’s all around us. In fact, I’ve been known to say, “The only constant I know is change.” I may not like it, but it’s true.

To complicate matters, when Jesus shows up, he’s likely to awaken change. (We use fancy words like transformation to give it a positive spin. At its core, it’s change!)

In Mark 1:14-20, the call of the disciples awakens change. Can you imagine what Simon, Andrew, James, and John must have experienced the day Jesus called them? And don’t leave Zebedee out. How in the world did he get all his work done without two of his kids? Did it impact his livelihood? Was he destitute or did he become a follower of Jesus, leaving everything behind, too?

You see what I did? I just jumped to the worst case scenario making Zebedee a victim, glossing over the fact that there were “hired workers” in his midst.

That’s what change can do to us. You think you’re not creative? Have something change – your imagination will go wild. 🙂

As a leader, you’ll have opportunities to awaken change. As you do, remember the emotional/psychological elements of change. People will have an easier time managing the transition of change if you help them navigate the loss they are experiencing.

A couple weeks ago I shared with you three lessons I’ve learned about calling. Mark 1:14-20 illuminates TWO more insights about calling.

Again, as a leader, you’ll have the opportunity to awaken change. When you do, be sure to manage the urgency and seek the confirmation of others. Remember, this is different than being a people pleaser. It is about affirmation from God that you’re following God’s leading direction.

Here are a few other reminders from a calling I pursued:

You may be laughing. I’m being serious. Don’t be stupid. Remember, change messes with your brain, using more mental energy. So don’t get stupid as a result.

My confession: There was a time I was stupid…with a safety net.

I jumped. No, not out of a plane or off a cliff.

I jumped into changing everything about where I lived, worked, and played. Yes, everything.

While working at Miami University, the Summer Orientation Program was intense. I loved the work I did in higher education. I loved the people I worked with, the students, my role with new and current students. Everything about my life and work was good. I loved it all. That’s what made my call to full-time ordained ministry so difficult.

I wasn’t running from something. I wasn’t ending something I didn’t like. My boss wasn’t a jerk and I didn’t hate my work or where I lived.

I loved it all.

In fact, my supervisor and I are still friends to this day. His family and I even became friends. Everything about my life and work was was good – really good.

Ready to take the next step and awaken change?

Send Me the Questions

Know When to Jump

I had never quit anything in my life. And I quit. It was freeing and liberating and terrifying all at the same time.

I had a month’s vacation pay to collect from the university and another month’s salary saved.

I quit with no job. No new place to live. No direction for where I was going other than “somewhere within driving distance of a United Methodist Seminary on the eastern part of the US. United, Duke, or Emory were my three primary locations. Boston was an option but I wasn’t thrilled about moving to the northeast.

I had a growing feeling I wasn’t where I needed to be. It was time to move on. But I didn’t know where I was going. Something needed to change. So I took the initiative and I jumped.

I’m certain my Mom & Dad were panicking wondering if I’d be sleeping on their couch for a month. The reality was, as I sent applications to churches to serve in Youth Ministry, I had five interviews within two weeks. I immediately eliminated two of the positions on the ride home from the interviews. The other three churches offered me the position. Now, I had a decision to make.

My plan to take a month’s vacation failed miserably. In less than a month, I jumped from one position to the next, moved to a new community, and started a new position as a Youth Pastor. We’ve all done it before. It’s terrifying. Because every aspect of what I just described is immersed in change.

Awaken change? Are you kidding me?

Catch it. Put it in a box, tape the lid closed and ship it to another location in another galaxy.

A month after I started serving in full-time ministry at a local church, the events of 9/11 occurred. How was everyday life in the suburbs of Cincinnati, Ohio impacted by a terror attack in New York City?

Our world was turned inside out and upside down almost immediately.  A woman – a mom, wife, community leader, successful businesswoman – who was a part of the congregation was missing in one of the Twin Towers. Wendy Faulkner was in the Twin Towers at a business meeting.

Recognize Change Can Be Thrown At You

Change was thrown at all of us. Wendy’s family and friends were thrown into a spiral of change. Not only was their Mom and wife no longer with them, there were emotional, spiritual, and psychological changes that accompanied the terror attack. Panic, doubt, worry, the hopefulness of finding Wendy unfolded for days.

And all these years later, I can now confess, I silently wondered, “Why did I leave my job?” It was a selfish question to ask. But others uttered it out loud for me.

Those seeds of doubt didn’t have long to germinate. It was as if the Spirit snuffed them out, as horrible, as heart-wrenching, as difficult as it all was, I KNEW God had brought me to that church and I was where I needed to be.

You see calling invites change. Calling doesn’t mean there won’t be pain, doubt, and disappointment. It simply means you know in the midst of all the crap, you’re right where God needs you to be.

Responding to a calling awakens change.

Sometimes and Other Times

Sometimes the calling we hear is quick.

At other times, the calling is slow, gradual.

Both bring change. Most of the time, we know what needs to change fairly quickly, it simply takes time to reconcile our head with our heart. And sometimes, in our youth, the benefit of inexperience allows us to be, in others’ eyes, “young and stupid.”

Young yes. Stupid? Only to the one who isn’t experiencing the change.

Sometimes change comes at us like a fast-moving storm.

Sometimes we have choices.

At other times,  the choices are made for us.

Sometimes we know what we need to do and have to jump into the uncertainty of the future with the confidence of faith.

Sometimes that’s why we awaken change. Other times, Jesus calls and change awakens us.

Ready to take the next step and awaken change? 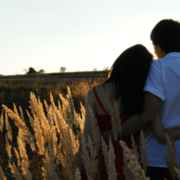 You Are My Beloved 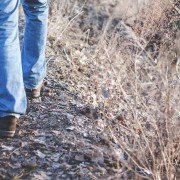 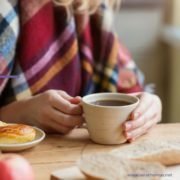 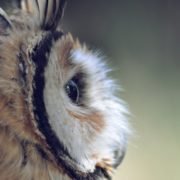 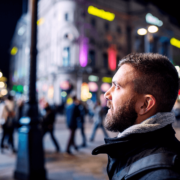